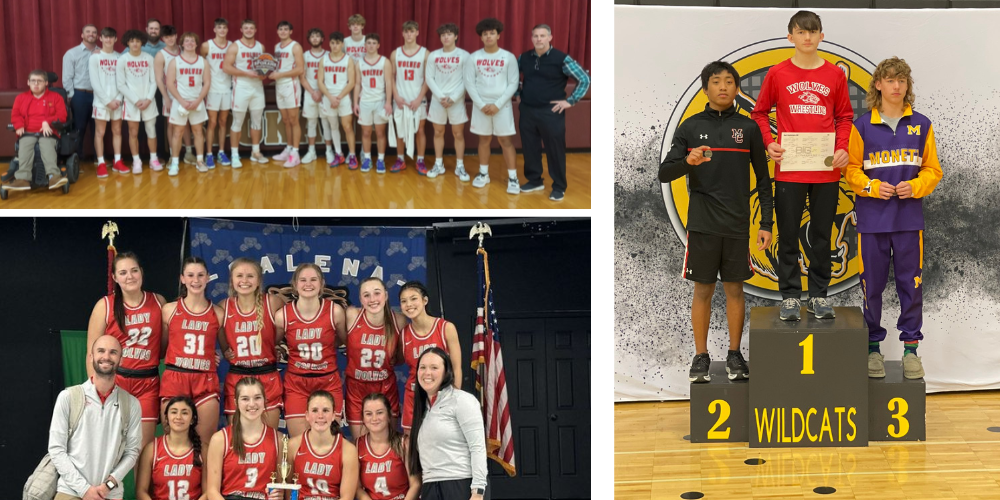 The Reeds Spring High School basketball and wrestling teams all competed in tournaments during the week of January 16-21.

The boys basketball team finished third in the Spokane Tournament. In the opening round, the Wolves beat Southwest 45-39. In the semifinal game, the Wolves lost to top-seeded Ash Grove 44-40. Taylor Calzaretta had 14 points. In the third-place game, Reeds Spring beat Blue Eye 50-38.

The girls basketball team competed in the Galena Tournament. After losing the opening round game to Fordland 42-34 in overtime, the Lady Wolves beat Hurley 54-49 in overtime to advance to the consolation bracket championship. In that game, RSHS beat Southwest 47-35 to earn fifth place.