Wolf in the Darkness Award

You don’t see the wolf. But, the wolf sees you. The eyes capture the dimmest of light. The actions that follow are swift and precise. The wolf in the darkness is powerful and impactful, a protector and provider, but most of all, a leader.
Every community culture has those who stand in the light and lead from the front of the pack. But, there are also those who stand in the less public corners and lead. These citizens possess the heart of a servant, a giver, a nurturer.
The Wolf In The Darkness Award honors one who has made his or her life about others, leading as a wolf, supporting the pack and nudging others from the shadows. Not the loudest howl, the biggest bark, nor most ferocious bite, but a compassionate steward of others’ hearts and minds, always helping make life better.
The recipient would find himself/herself shocked to receive this award, having been seldom, if ever, recognized. He or she has not just entered the world of service but has earned the award through a career of service. This granting is more of an honor and celebration of a life well-lived than it is an awarding of what is yet to be.
In the early days of World War II, the families of the Reeds Spring School District found themselves sending fathers, brothers, and sons off to battle. The remaining elders and women packed together to provide food, clothing, and shelter to each other. The pack was formed and they were often referred to as such. The wolf became the logical mascot for the school. This award celebrates a leader within the pack.
The Criteria:
The ideal candidate is discovered while in the act of serving others and making environments better. This recipient may not be extremely involved in clubs, associations, or politics, nor outwardly seeking notoriety or title, but is actively helping, serving, and lifting up that which is in need of support. 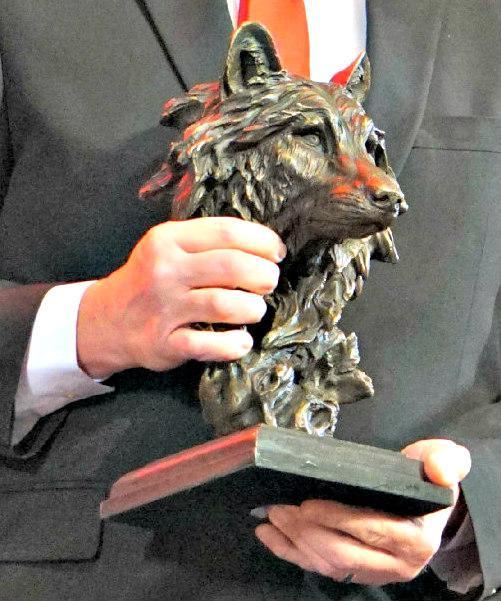