Cole Nordin Sets School Record for Assists in One Game 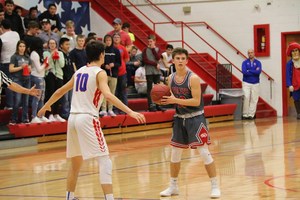 Earlier in the week, RSHS defeated Cassville 57-49. Carroll scored 20 in that game and Troy Froeschle added 19.

The JV and C teams also won both of their games.