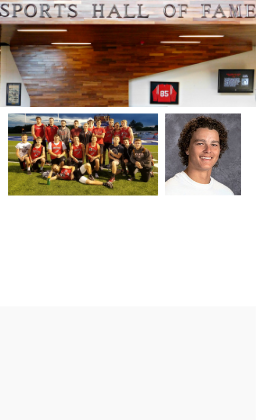 A former football star and an entire track and field team will be inducted into the Reeds Spring High School Sports Hall of Fame on Friday, December 10. The ceremony is scheduled to take place between the JV and varsity boys basketball games, at approximately 7:30 p.m.

The newest inductees are Nick Haddock, a 2016 graduate, and the 2017 RSHS boys track and field team. Haddock led the Wolves football team to a 10-2 record and became the only player in school history to run and throw for 1,000 yards in the same season.

The 2017 boys track team finished as state runners-up. The team was led by Korey Robinette and Ransom Allphin, who each earned four medals. The second-place finish is the best for any team in school history.

This is the 24th group of inductees into the RSHS Sports Hall of Fame, which was started in 1997.