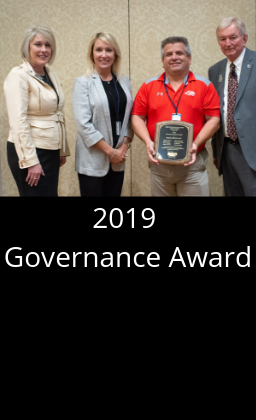 The Reeds Spring school board received the Missouri School Boards’ Association’s 2019 Governance Team Award. Only 33 of the more than 500 school boards in the state earned this prestigious award. This is the sixth consecutive year for Reeds Spring to be recognized.

This award is based on an outstanding commitment to ongoing professional development in student achievement, school law and finance, board operations, and contemporary issues in education. It also recognizes the board’s commitment to regional and statewide leadership, and active participation in legislative advocacy for public schools and the students they serve.

To qualify, the school board had to meet the following criteria:

MSBA recognized the 2019 Governance Team Award winners on June 8 during the Leadership Summit in St. Charles.